As a 501(c)3 non-profit organization, the Mathews Land Conservancy relies solely on private donations, grants and use fees for operations as well as property maintenance and improvements and project construction.  No local tax dollars are received from the County of Mathews.

We work hard to be a responsive steward of your donation dollars. As you contemplate your charitable giving, remember there are many ways you can contribute to the Mathews Land Conservancy — and meet your personal philanthropic goals.

Support the Conservancy in the way that’s right for you!

Donate and become a “Friend” of MLC
It’s never been easier to make a one-time, monthly or annual gift to continually support Mathews’ waterfront public access locations for everyone.

Donate in Tribute/Memoriam
Making a gift in honor or memory of a relative or friend can be a touching gesture.  If you have a loved one who is passionate about providing public access to Mathews’ waterfront locations, establishing a memorial or tribute gift is a meaningful way to honor your loved one or celebrate a special occasion, such as a birthday, while supporting the work of our mission.

Donate Stock & Securities
Donating stocks and appreciated securities is an excellent tax strategy for charitable giving. You can receive an income tax deduction for the full market value of the shares you give to the Mathews Land Conservancy, and usually avoid all or part of any capital gains tax.

Your broker may transfer stocks or securities directly to the Mathews Land Conservancy.

**Please ask your broker to include your name, address and telephone number when transferring the specific gift to the Mathews Land Conservancy so we may acknowledge your generous gift and send you a letter for your tax records.

Legacy Giving
Do you want providing access to the waterways of Mathews County to be a part of your legacy?  The Mathews Land Conservancy offers you a unique opportunity to create a lasting legacy to preserve the waterfront views for future generations through your estate plans.
·         Bequests – Once your family and friends are provided for, we hope you’ll consider leaving a gift to the MLC in your will or trust or by beneficiary designation.
·         Life Insurance – This is an affordable way to leave a gift to the MLC while also enjoying tax savings during your lifetime.

*If you are thinking of a planned gift, you should first consult with your family and lawyer or financial advisor.
Donate to the Mathews Land Conservancy Fund at the Mathews Community Foundation
Protecting special waterfront access locations in perpetuity requires financial resources that will last just as long.  Help MLC build a solid foundation for the future with a donation to our fund within the Mathews Community Foundation:

How the Fund Works:
Making your donation of any amount to the MLC Endowment Fund within the Mathews Community Foundation is like giving a gift that will keep on giving.  Once added to a fund, your money is invested and the MLC receives interest on the investment to use on current projects and operations as required.  The principle is reinvested for future years, giving MLC the financial stability to make effective long-term plans for the stewardship of Mathews County’s special waterfront places.

Application for Special Use for Complete Facility 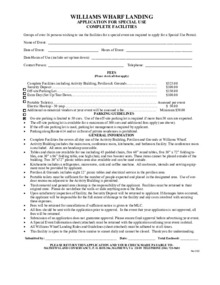 The MLC was awarded a Virginia Land Conservation Foundation grant for $345,000 over a period of two years, which covered ½ of the purchase price set at $690,000.

B. Williams Store is owned, operated and maintained by the Mathews Land Conservancy for the general public. Specifically, the Store will be a secure site for housing and displaying the artifacts and memorabilia associated with the history and activities that have transpired at the Wharf over the centuries.

In March 2009, the Virginia Department of Historic Resources placed the B. Williams and Company Store in the Virginia Landmarks Register and recommended this property for inclusion on the National Register of Historic Places.

B. Williams and Co. Store

The B. Williams and Co. Store, a local landmark since its construction in 1869, is located on the Williams Wharf site, next to what will become the Owens Landing Maritime Education and Rowing Center. It served as a general merchandise store, ships’ chandlery, specialty ladies hat shop and post office during the late nineteenth century and into the twentieth.

Owned by the Williams-Murray family since the last eighteenth century, this site served as a major focal point of much of the activity that took place at this busy port and crossroads for nearly 200 years.

Today, the Store serves as the temporary home of the Mathews High School crew team, with the Mobjack Rowing Association, while the Center is completed. With the framework up, and efforts continuing to raise funds for completion, it is hoped they will be able to move into the new boathouse in the near future. At that point, plans for renovation and historic preservation of the Store will get underway.

The historic site was acquired with the help of a Virginia Land Conservation Foundation grant for $345,000 over a period of two years, which covered ½ of the purchase price set at $690,000. When renovated, the Store will be a secure site for housing and displaying the artifacts and memorabilia associated with the history and activities that have transpired at the Wharf over the centuries.

The Virginia Department of Historic Resources placed the B. Williams and Company Store in the Virginia Landmarks Register and has recommended it for inclusion on the National Register of Historic Places.
Williams Wharf Landing is open to the public from sunrise to sunset. No trespassing after sundown without permission or unless you are attending an event. During the day, we invite you to visit the Wharf with kayaks, canoes, small sailboats, rowing shells and other motorless watercraft to launch from the floating dock and enjoy the beautiful East River.

Because of restrictions imposed with one of the major grants used to restore the Wharf, we do not allow motor-powered boats to use the Wharf without permission and/or prior arrangements.

We also offer a covered Pavilion for outdoor but sheltered picnics, and a fishing pier (bring your license!). Due to insurance requirements, groups of 16 or more must call 804-725-9685 to reserve facilities for your event.

Interested in holding an event at one of our facilities?

See below for an application and additional rental information:

Rules and RestrictionsThe following are NOT PERMITTED:These restrictions have been established to operate the facility in a safe and enjoyable environment. Please abide by all rules. Thank you!!

To visit by water, navigate to Mobjack Bay and enter the East River. The Wharf is upriver on the East side. *Reminder – facilities are for non-motorized watercraft only – mooring or docking of motor-powered boats is not allowed without permission.

To visit Bayside Landing, take Route 14 East past Mathews Court House. At stop sign, turn left staying on Route 14. Travel about ¼ mile, bear right continuing on Route 14 until it dead ends. Bayside is on your left.

Thirty-five million years ago, near what is now the mouth of the Chesapeake Bay, a 2-mile wide meteorite struck the continental shelf of eastern North America and blasted through the water column and thousands of feet of sediment and into the underlying continental crust. The resulting structure, now buried beneath younger sediments, is a 53-mile wide, filled crater, the sixth largest known crater on earth, centered below Cape Charles, VA. The CB crater is a unique feature in the Atlantic Coastal Plain. Its location corresponds to an unusually large extent of salty groundwater that significantly affects the use of groundwater resources in southeastern Virginia.

Bayside Landing is a perimeter site of the inner-basin margin of the Chesapeake Bay impact crater. As part of the United States Geological Survey’s investigation of the crater, four drill holes were completed at Bayside Landing during the summer and fall of 1991. Core samples were taken from 170 feet to its greatest depth of 2,390 feet. The first hole drilled remains in use today as a water-level monitoring well by the VA Department of Environmental Quality and the U.S. Geological Survey.
A program entitled The Chesapeake Meteorite: Message from the Past was done at Bayside Landing in 2002 and was used as an electronic field trip for students all over Virginia. Teachers and school systems can still sign up to show the program at www.pwnet.org.

Standing there in that peaceful setting looking out over the vast Chesapeake Bay, it’s hard to imagine that, at one time, Bayside was a bustling center of maritime activity.

Bayside Wharf, located in New Point (Mathews, VA), was established by the New Point Development Corporation (WC Handy, JE Davis, and WA Snow) in 1912 as a trading port for goods to/from Norfolk and Baltimore. The Wharf consisted of a ½ mile-long pier jetting out into the Chesapeake Bay, an ice/fish-packing plant run by Lionel Haywood in the mid 1900’s, a small store on the land that sold food, drinks and items watermen would use and even a dance hall where locals would come for entertainment. The Wharf had a narrow-guage railroad track with a cargo carrier that pulled the fresh fish from the boats to the ice plant onshore, where men would pack the fish with ice in crates of 100 lbs., then send the packed fish crates from the land back to the steamships in order to carry them to Baltimore and Norfolk.

Bayside had a tumultuous “life”. It burned twice, once in March of 1931 and again in March of 1933. That same year, like most wharves in the area, Bayside sustained a great deal of damage in the Storm of ’33, when residents saw a 12-foot wall of water overtake Mathews County. Before that time, there was another New Point wharf called Beach Wharf, located very near the New Point Lighthouse, which was attached to land with the lightkeeper’s house just next to it. The Storm of ’33 took the house, wharf and all the land around the lighthouse leaving it on an island.
Unlike Beach Wharf, Bayside was rebuilt and remained in operation until Hurricane Hazel wiped out the ice plant, store, dance hall and ½ mile-long commercial pier in October 1954, the remnants of which are still there today.

Owned and preserved by the Mathews Land Conservancy, Bayside Landing is a 16’ x 24’ raised pavilion sits on the footprint of the wharf overlooking the historic New Point Lighthouse.

Formed in 1994 the Mathews Land Conservancy relies solely on private donations, grants and use fees for general operations as well as property maintenance, improvements and project construction.

Our goal is to manage properties that enrich the public through environmental preservation, hands-on experience and education. Our focus is to beautify and enhance the community while positively stimulating business and preserving local history and culture.